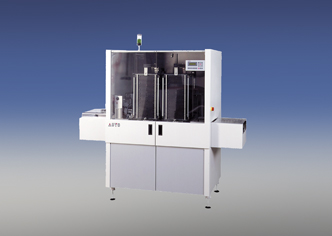 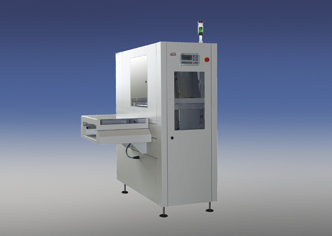 The buffer combines the functionality of magazine loader and unloader in one unit. Incoming PCB’s can be stored in a magazine and on demand from a following unit they can be pushed out and transferred. The unit is equipped with a conveyer underneath the magazine for pass-through mode. This unit is also equipped with two magazines and two magazine axles.
This allows a high buffer capacity, three sorting possibilities and also the possibility of a separate use for each magazine. For example the unit can be used with the first magazine as a storage unit and the second magazine as a loading unit, both functioning independently of each other.
Features
Changeable magazine
Pass- through conveyor underneath the magazine platform
Error loop
Electric width adjustment
Variable operating modes:
Pass-through
Load
Unload
Input transfer
Output transfer
LIFO
FIFO
Sorting
Cooling